All about red coral 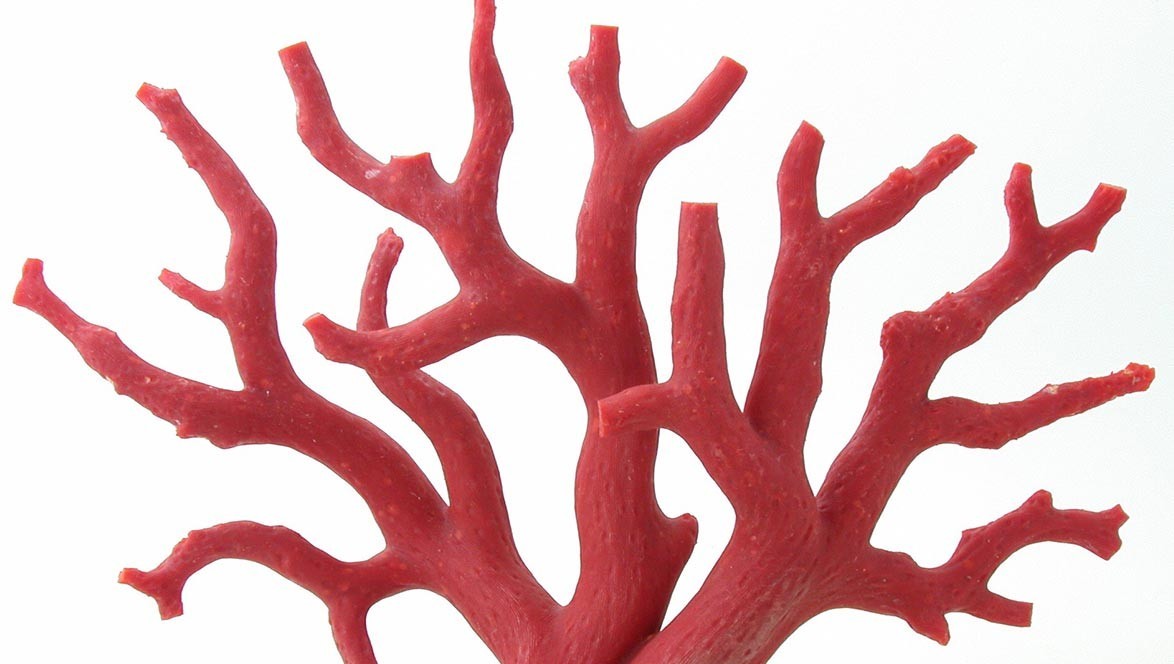 The red coral is essentially present in the Mediterranean Sea. Known from the prehistory, he was very appreciated during the antiquity. He served as currency. For the Christians, he is likened to the blood of the Christ. In numerous civilizations, he is lent occult virtues and he is used as talisman.

Even today, the coral hand is slid in the cradle of the newborn child against him "Evil eye".

The red coral - Corallium Rubrum - is an animal. He is established by a conglomeration of polyps the skeleton of which, which it produces itself, is made by limestone.

The colony is supported by a central axis colored with red by iron oxides. She develops in the form of branches, organized fan-shaped or in bush, according to sea currents.

This central, very dense axis, is covered with a "skin", a cortex, a living fabric containing polyps and canal network allowing the traffic of the nourishing elements within the colony and the construction of the central scrawny axis. Every polyp is provided with 8 tentacles rétractiles intended to get the plankton and the mineral salts of the sea.

The growth of a coral branch is slow and complex. The coral increases on average only a centimeter a year in the length and 0.3 mm for the diameter. The foot all in all rarely exceeds 20 centimeters. A branch of a kilo doubtless has several centuries!

The red coral does not like the light. He is found either in the marine caves, or for big depth (until 100 m). He becomes more and more rare. The only ones of the officially approved fishermen have the right to tear away him from the sea but they have to dive in bigger and bigger depths. Bonifacio's red coral is very sought for its red color "blood of beef" ("Oxblood"). It results from particular conditions of his growth in Bonifacio's mouths.

To be worked in jewelry the coral must be freed of his skin, washed, cut, cut then polished. He shines with himself on simple polishing.

The illustration of the coral branch shows in which parts are taken the various rooms which make up jewels as pearls, cabochons or demies coral points.

The various elements of the Coral

once prepared for their to give the desired aspect, the comocker drills, set or sticks elements and proceeds to the assembly of the bracelet, the necklace or the pendant in Coral which you will find in our shops to Bonifacio and on our Web site.