All about Saint Lucia's eye 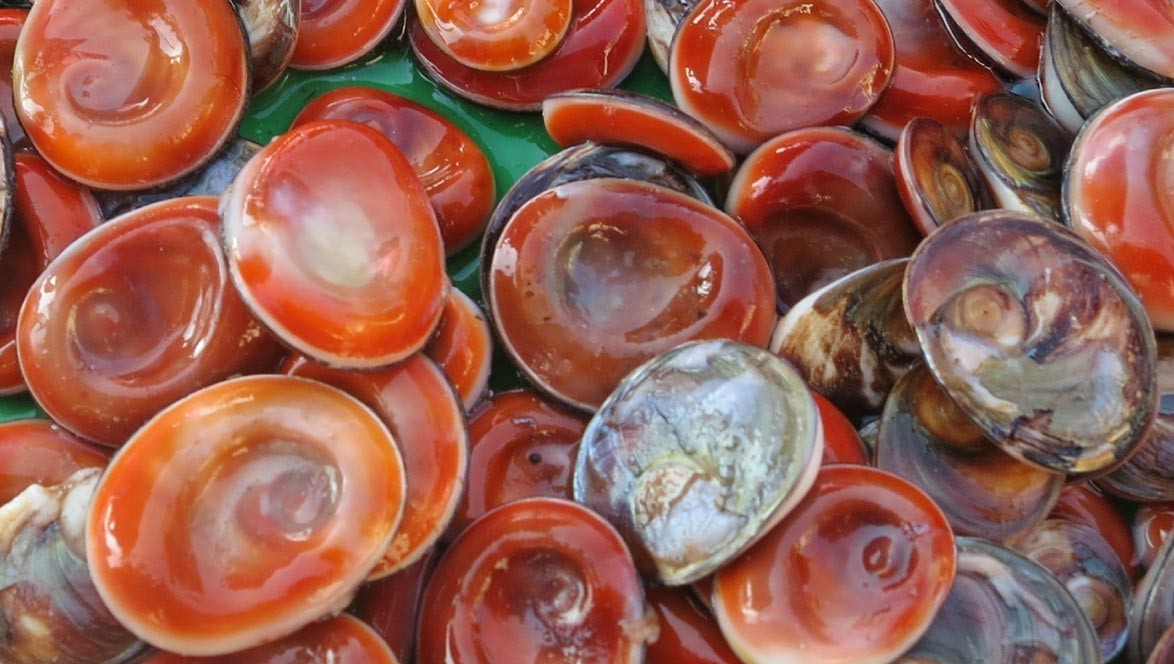 You want to know everything about St. Lucia's eye, where does this operculum come from?

The eye of Saint Lucia is the operculum, that is to say the limestone membrane attached to the foot of the animal that allows it to close its shell, a shell called Rough Turbo Mediterranean.

This operculum takes its name from the legend of Saint Lucia.

The operculum is oval in shape, its maximum size is 25 to 30 mm. Its thickness is about 5 mm. It has a white face and a bright orange face. The orange side is reminiscent of an ear or a stylized form of the Blessed Virgin, The white face symbol of Saint Lucia's eye, when polished, presents an orange spiral of the same color as its other face.

Where do we find St. Lucia's eye?

Most of the time, the Rough Turbo of the Mediterranean is harvested by the professional fishermen who take them in their nets. It can also be collected by divers, in kinds of faults between the rocks, where one finds in large quantities. We can also pick the lids on some beaches after a big storm. But, brewed by water and sand, the covers are small (from 5 to 10 mm). They have lost their orange pigmentation, the ear shape is a little less pronounced but the characteristic spiral is still visible.

Many craftsmen offer Corsican jewelery with the eye of Saint Lucia, source of original and natural inspiration, whose marriage with the Red Coral of the Mediterranean is always happy.