Anatomy of the knives 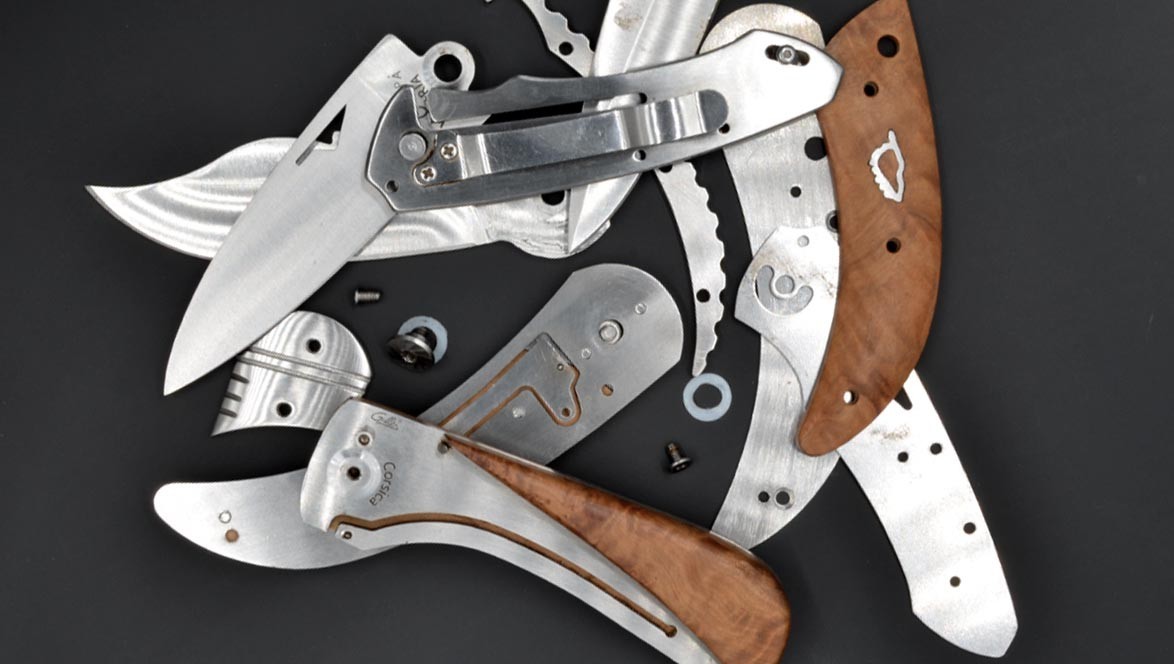 Below you will find the different parts that make up a folding knife and a fixed blade knife.

How is a knife made up? What are the different parts that compose it?

A knife is an assembly of several elements made of metal and other materials which respond to many constraints in order to be able to fit perfectly together with a perfect balance.

The Corsican knife includes several elements among which the metallic parts which undergo various stages and processings. The handle as for him consists of 2 plaques, often in essences natural as the wood, the horn or the bone but also in other more modern materials such as the packwood.

The knife with fixed blade

The plan presented below will familiarize you with the vocabulary used by the cutlers and the various parts which make up a knife with fixed blade, called also dagger: