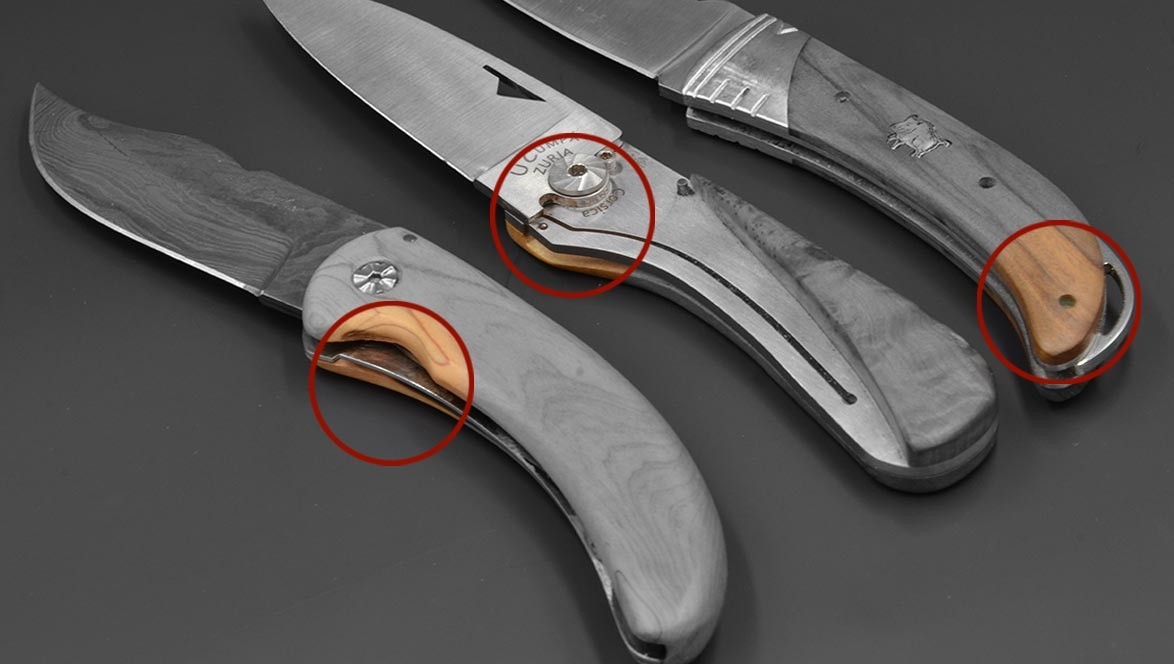 By this we mean the mechanism controlling the maintenance of blade in the open position and how to close the knife. The base for mounting a knife merely two nails. A pin serves as a pivot for the blade, the other serves as a stop in the open position. There are no springs, nor blockage in the return of the blade, so no security. This is the basic system used on traditional Cursina. The implementation in the handle of a spring drives a security system.

This is a locking mechanism. The heel of the blade has a notch in which is embedded the head of the spring, causing the "click" at the opening. Simultaneous high pressure on the back of the blade and on the handle allows to disengage the two parts. The closure therefore requires 2 hands.

the handle of the background even when violent closure. One can verify the presence of the device by

pressing the back of the blade, knife closed. It is not in contact with the bottom, it can grow there, it comes back. Some users knives "poncettent" make misuse that resembles a tic, much like it rattles a pen!

The palm is a flat spring that surrounds the back of the neck and wherein the heel of the blade comes to pick. To unlock the knife, simply lift the palm, usually with a ring.

is a cut plate which blocks the blade open. To close the knife, it is necessary to push the handle this moving part, with pouce.La closing can be done with one hand.